You cannot mention great food combinations without talking about Cajun food. This is a delicacy of French meets Southern cuisines. The dishes are nourishing and spicy and leave everyone in bliss.

While you might have heard of and probably tasted some of the Cajun dishes, there are plenty of tasty options you haven’t tried. You might not have known some of these finger-licking Cajun recipes existed.

You most likely have heard of the Cajun Holy Trinity, a bell peppers, onions, and celery recipe, but plenty of Cajun dishes are out there. You cannot run out of options from Gumbo to Boudin Balls to Jambalaya. Below are five Cajun recipes that will knock you off your feet.

The Cajun shrimp and Grits are the very definition of Louisiana that meets the South. You will combine grits with delish shrimp and gravy. And what’s more, you don’t have to be a great cook to cook this fantastic meal. You will also need 15 minutes of prep time and 45 minutes of cooking; thus, you will have enough time to do other things.

First, you need to sauté bell pepper, onions, and celery in butter to make your gravy. Second, add in the flour, stirring until the roux. Third, stir in vegetables, garlic, chicken stock, Cajun seasoning, Worcestershire sauce, and pepper and salt. After that, leave your mixture to simmer as you prepare the grits.

Put the shrimp in the roux, let it cook for a few minutes, and then remove the pot from the Cajun cooker. Finally, put your grits into a bowl and add your mixture.

Chicken is a typical food in many kitchens, regardless of where you come from. The recipes are plentiful, from grilled to breaded and chopped to marinated chicken. But have you had the tasty smothered chicken?

Smothered chicken is served with roux and spices in plenty. It is the best way to try new chicken recipes in your kitchen. And after trying it, you will have a difficult time going back to your old chicken recipes.

Cooking this chicken is straightforward. First, dust it in flour before cooking until brown in an oiled skillet. Take out the chicken, lower the heat, and then add flour into the pan to make a roux. Add black pepper, celery, garlic, onions, seasoning, and herbs. Cut the chicken and return it to the pot, cooking on low heat until tender. It is best served with rice and a sauce of your liking.

Seafood Gumbo comprises three major components: roux, base, and seafood. It would help if you sautéed onion, black pepper, and celery for the base. Follow these by bay leaves, garlic, diced tomatoes, Creole, okra, and vegetable or chicken stock, bringing them to a boil.

Make your roux using flour and butter, then add it to the pot. Finally, add the seafood. It can be crawfish or shrimp. Then serve with rice garnished with green onions.

Cajun blackened chicken is another excellent way to explore the world of Cajun cuisine. To make this recipe, you need to understand the importance of seasoning. You can use nine essential spices to make the dish. You will need smoked paprika, onion granules, cayenne pepper, oregano, thyme, black pepper, cumin, brown sugar, smoked sea salt, and white pepper.

Flatten the chicken filet. Brush each filet over vegetable oil for your spice seasoning to stick. Also, shake the seasoning on the filets’ sides: the more seasoning, the spicier and blacker the chicken will be.

Cook your chicken in a cast-iron skillet. Start by ensuring the pan is hot enough before brushing a good amount of oil on its bottom. The cooking time will depend on chicken thickness, but five minutes on each side usually suffices. Remember, aim to turn your chicken once and avoid moving them about.

Seafood Au Gratin is an easy cook with a few ingredients. The dish is versatile and can be eaten by itself, pasta, omelet, and grits. Below is how you can make the dish.

Bring your sauté pan to heat, melt your butter, and cook onions, celery, and bell peppers. Add in flour, stirring until you see a blond roux. Mix in heavy cream and season with salt, garlic, Cajun, and cayenne blends, all while bringing the mixture to simmer. Add in your seafood, and then add a touch of cheddar cheese, stirring until the whole dish is blended. You can serve your gratin plain, with pasta or another dish.

Cajun dishes are typically eaten during celebrations in Louisiana. The foods were initially made by the French migrants in the 17th century who came to America and started to utilize whatever food and ingredients they had at their disposal. They are full of flavor, spice, and an array of ingredients. The list of the dishes you can explore is long, and you will never run out of options for Cajun recipes. You can try to make some of these dishes or book a trip to New Orleans to get a firsthand experience.

Special promo codes must be generated in MLB 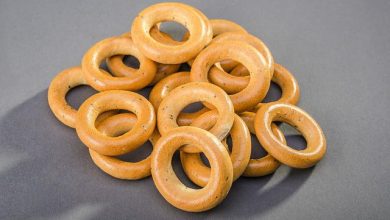 Why Do Confectioners Love Bagel Boxes? 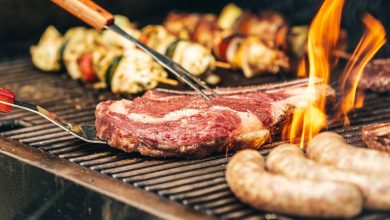