Surge protectors and power strips can sometimes be confused, but they are two different technologies. It’s essential to learn the difference, as only one of them will protect your devices from power spikes! Let’s explore what does a surge protector do with all other facts.

What Does A Surge Protector Do?

To understand how a surge protector works, we must first determine what protects your electronics from–an electrical surge.

The electricity will surge through the wire if the wire voltage is too high or if the difference in electric potential energy is too significant from one end to the other. The heat causes the wire to heat up; if it gets hot enough, it can burn the wire and render it useless.

The surge protector has only one job: detecting excessive voltage and diverting it into the grounding wire. All surge protectors come with a grounding pin (the third prong on the plug), and they must be connected to a grounding outlet to function correctly.

Electrical Surges: What Are They?

Generally, people think lightning is the primary cause of electrical surges, but this isn’t the case.

Lightning can cause electrical surges, but it’s not as common as other causes. Buying a surge protector to save your electronics from a thunderstorm may not work in your favor.

A good surge protector can handle a surge caused by a distant thunderstorm. However, a lightning bolt will fry it if it is close or direct. Thus, unplugging your electronics provides the best protection against thunderstorms.

The most common cause of electrical surges is the operation of devices that need a lot of power. Depending on your home’s wiring, you may sometimes notice that your lights flicker when powerful devices, like your air conditioner, are on or off.

These devices consume a lot of electricity when switched on, which puts a lot of strain on the grid and can cause surges.

Surge protectors: Are they necessary?

Because surges can happen at any time, you don’t need to worry about when to use a surge protector; use it constantly. The real question is what you should plug into the surge protector.

Consider this: if all the devices connected to your outlets were destroyed by an electrical surge, which loss would touch you the most? Make sure the devices are protected. Being safe is better than being sorry.

On an offbeat note, surge protectors can reduce cable clutter and make your electronic devices easier to organize. All the cables end up going to the same place, making it easier for you to handle them all neatly.

How to choose the Surge Protector?

Here are some things to look out for when buying a surge protector.

Surge protectors have a limited lifespan based on how hard they are used. Although surge protectors effectively divert surges, they can still suffer damage.

For surge protection, suitable surge protectors have a UL rating issued by the independent Underwriter’s Laboratories, which tests the safety of electronic devices.

A surge protector that does not have a UL rating isn’t worth your time. Also, ensure the product is rated as a “transient voltage surge suppressor” since many UL-rated power strips do not contain surge protection.

Any surge protector with a clamping voltage below 400 volts should be suitable for home use.

The higher the joule rating, the more energy that can be absorbed by the surge protector, so a higher joule rating indicates a longer product lifespan.

You need a surge protector rated at least 600 joules to protect your household adequately.

Response time refers to how quickly the surge protector detects an electrical surge. A lower value indicates a faster response. This way, less time is spent exposing plugged-in devices to surges, ensuring that they are better protected.

A surge protector with a response time of one nanosecond or faster is ideal.

Apart from this, if you are interested to know about cost to change transmission fluid then visit our Tech category.

How does a surge protector work?

The electrical current passes along the outlet to the number of devices connected to the power strip in a typical surge protector. The voltage can rise above the acceptable level, but the protector will divert the extra electricity into the outlet grounding wire.

What does a surge protector do?

Install a surge protector to protect your home from damage caused by sudden power surges. Surge protectors work by pulling the current from one outlet and passing it to the devices you connect to them.

Is KissAnime Down? Or Just Not Working? Solutions Here! 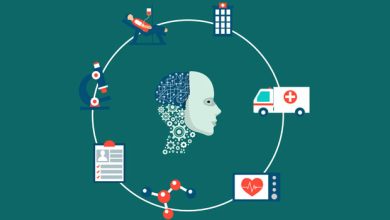 How is artificial intelligence used in healthcare? 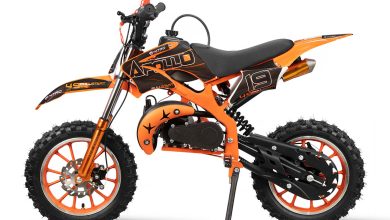