Diesel engines have a robust life and longevity when it comes to utility, which is one reason why they continue to be used decades after their initial creation. Modern diesel engines generally utilize later technology systems, including fuel injectors, which in turn drives up the demand for both knowing the basics of fuel injector repair as well as how to source quality aftermarket replacements for injectors that go bad with age and use.

The first choice is whether your engine requires a full replacement or just a rebuild. Many times, a rebuild will be the correct answer as most of the existing parts of the fuel injectors are entirely fine and reusable. However, with older engines that have been working for quite a while the injectors may be worn out and at the end of their functional life. At this point, a new replacement should be used versus trying to squeeze out a few more months or a year on a bad one. Replacement injectors are available on all major brands of diesel engines including CAT, Cummins, Delphi, Detroit, Stanadyne and more. In comparison to trying to prolong the life of an old injector for one more year, new units are warrantied for at least two or three years at a minimum, clearly a better choice.

The first drawback of used injectors is exactly the fact that they have been used already. While a refurbished set will be gone through, checked for leaks and cracks, and determined functional, it has a limited lifespan due to age and some worth already burned up from mileage. They are fully cleaned and inspected, and refurbished injectors are used on a regular basis to reduce repair costs and get a vehicle back on the road as quickly as possible and efficiently. But no one should expect the same life performance from the given used injectors versus a new set. No surprise, refurbished units have at best a one-year warranty coverage.

The initial step in a rebuild is to remove the current fuel injectors from the engine so that they can be completely disassembled and gone through. This phase involves a full cleaning and careful evaluation of every part to identify anything that is showing signs of bad wear or failure to be replaced. Once any consumables or core parts are determined to be throwaways, then the replacements are collected and prepared for use. With the cleaned parts and new component replacements ready, the injectors are then rebuilt completely and prepared for re-installation into the engine. When installed, the fuel lines are reconnected to the newly rebuilt injectors, the engine is turned on, and the flow is tested to make sure everything is working correctly, there’s no sputtering or poor performance, and there is no leakage.

With OEM diesel injectors, care has to be taken to install them or rebuild them consistent with manufacturer instructions and parts. If not, then the manufacturer’s warranty will not apply to the assembly or any performance when put into operation. Most primary manufacturers expect that their parts will be installed by their dealerships or certified training specialists and repair technicians who know how to follow the requisite requirements as well. Going to a third party that is not certified typically will end up nullifying any protection on new OEM parts used aside from their actual fabrication.

The most common replacement parts for any rebuild tend to be those that are known to be one-time use. Seals and valves are automatically replaced, as well as plungers and nozzles. The solenoids are replaced as well with each service as these tend to go out with engine use and exposure if over-used beyond their expected product life. By the time the rebuild is completed, one can pretty much expect most of the internals in an injector will be replaced. Just the housing will be the same. This is a minimum standard for OEM injectors that are refurbished and put back on the market by the manufacturers.

Given the amount of work involved and the part supply needed, a diesel fuel injector rebuild is definitely the kind of work to take to a professional repair shop. Tooling, part supply, cleaning materials, and workspace all become a premium to doing the job right. While it is technically possible to rebuild fuel injectors independently, it requires a definite level of assembly and part knowledge as well as access to the needed rebuild kits specific to the engine being worked on and brand. A professional repair center will have access to these resources, but the same can’t always be said for the local parts supply store and a company maintenance garage. This is why, repeatedly, most fleet managers will search for a diesel repair service near me and rely on dedicated fuel injector rebuild service suppliers for this kind of work, minimizing down time for a truck and maximizing on the road income-earning capability.

What's the Difference between a Scan and a Copy? 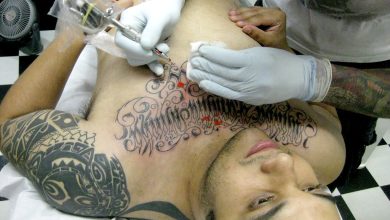