So you want to be fluent in English but don’t know where to start? Or perhaps you are looking for something interesting to watch but don’t want to miss out on learning English simultaneously?

The good news is that finding high-quality English content online, especially on Netflix, has never been simpler. Whether you wish to improve your listening comprehension of English or find an entertaining story to keep you hooked, Netflix has a massive selection of movies and TV shows that are sure to be helpful in your language studies!

Additionally, you can enroll in online English classes at AmazingTalker and learn English from professionals worldwide!

Here are the top five films you can stream on Netflix:

A Beautiful Mind is a well-made film with a fantastic story. It chronicles the schizophrenic mathematician John Nash’s life. The film follows Nash as he tries to come to terms with his illness and continue his work.

The film was released in 2001 and won an Oscar for Best Picture. The film has an impressive cast with Russel Crowe playing John Nash with actors such as Jennifer Connelly, Ron Howard, Paul Bettany, Ed Harris, and Christopher Plummer.

As well as being a great film, A Beautiful Mind will help improve your English fluency. It’s the perfect movie for language learners because the conversation is simple and clear. You can stream it on Netflix.

10 Things I Hate About You

Since the film is set in an American high school, Anyone who has experienced or is experiencing a similar situation will find this an interesting watch. The characters are all incredibly diverse, so you’re bound to find someone you can relate to.

The film covers many different topics, from friendship and love to betrayal and heartbreak, making it relatable for everyone. The film is funny, heartwarming, and also heartbreaking all at the same time, making it an emotional rollercoaster that will leave you feeling all the feels.

It’s easy to follow along without needing subtitles or extra help, making it a great watch if you want something relaxing yet meaningful and improve your English simultaneously.

If you’re looking for a great film to help improve your English fluency, look no further than Good Will Hunting.

This drama from 1997 depicts the story of Will Hunting, an MIT janitor and math prodigy. He is required to attend therapy sessions with psychologist Sean Maguire after getting into legal trouble. Sean helps Will confront his past through their sessions and learn to trust people again. The film features strong performances from Matt Damon and Robin Williams, and it’s sure to leave you feeling inspired.

For individuals who want to discover more about the technical aspects of speaking better English, some scenes focus on linguistics, such as when Sean tries to teach Will how words relate to one another in sentences.

Wolf of the Wall Street

This Martin Scorsese classic is not only one of the best films on Netflix, but it’s also a great way to learn about business and economics and enhance your English. The fast-paced dialogue will help improve your listening skills.

The Wolf of Wall Street follows Jordan Belfort, a young stockbroker who starts his own firm, Stratton Oakmont. It soon grows into a huge house involved in all sorts of financial scams and dodgy dealings that help turn Jordan into one of New York’s wealthiest men.

The movie stars Leonardo DiCaprio, Margot Robbie, and Jonah Hill, among others.

Watching Atonement is a fantastic way to polish your English language skills. The film follows the story of a young girl who makes a false accusation that has devastating consequences for the people involved.

While the film is set in England, it features many scenes with people speaking in American English. This makes it a great way to compare and contrast the two dialects. In addition, because the movie is set in the 1930s, there are fewer slang words used than what would be used today.

These are the top five best films on Netflix that will help you be fluent in English. While watching them, keep a notepad and pen handy to jot down new words or phrases you hear. To fully comprehend the movie, check up on any words you don’t understand. Learning another language is no easy task, but it’s possible if you put in the effort!

If you; ’re looking for an efficient way to learn English easily, sign up on AmazingTalker, which will connect you to professional online tutors worldwide.

Finally, enjoy yourself and don’t get too stressed about becoming fluent overnight—it takes time and practice!

Five things you need to know before starting with OpenStack 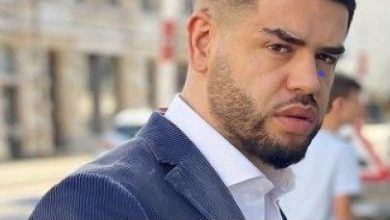 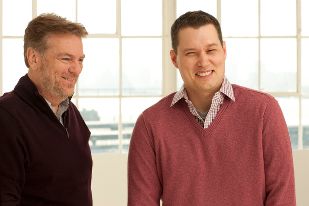