Ever wondered what all those fancy scissors at the salon are used for, or why there are multiple forms of trimmers and men’s head shaver available on the market when you need only one? Well, let us find out about the main types of equipment that are used by hairdressers to groom our hair and make us look the part.

A scissor is to a barber what a firearm is to a soldier. One of the main tools of the trade, hairdressing scissors is greatly different from the scissors we use domestically. Multiple types of scissors are used by barbers, some of which are

Here are one of the most common types of scissors that are widely used. They are smaller in size when compared to the other ones on this list. They are used predominantly for basic cutting and detailed grooming and their light weights make them easier to maneuver and do not fatigue the barber or the one using them in the long run.

These can be understood as the big guns of the scissor world. They are longer and heavier than their peers. They are used to carry out hairstyles that require long straight edge cuts and also for over the comb designs. They can be used on almost all types of hair.

These are specialized scissors that are used to thin out sections of the hair rapidly. They cannot be used on all types of hair, especially curly and wavy ones. The shears have a set of teeth on one side and a blade on the other. This design comes with the added benefit of the scissor being lightweight.

In simple words, these can be classified as thinning shears on steroids. They feature a design that is similar to thinning shears and pretty much performs a similar function but is used for a more drastic and blunt thinning. They are primarily used for thinning or thickening hair volume. These scissors cannot be used for curly or wavy hair types.

These shears come with major benefits for the barber. As a barber spends long hours shearing and cutting, cramping up may prove to be a major problem with normal scissors. Swivel shears follow the natural movement of the hands and thereby greatly reduce the chances of cramping and fatigue. These serve a purpose that is pretty similar to the other shears.

A suitable pair of scissors is very crucial in executing the proper haircut that one wants. Scissors are not one-size-fits-all commodities and different scissors come in handy for different purposes.

A men’s head shaver comes in extremely handy to execute those bald tops perfectly. One can identify a good head shaver for men by the material of its blades, its battery backup, and the attachments it comes with. The RPM of the blades also plays an important role in determining the performance of the shaver. A men’s head shaver can also be used to carry out styles like bald fade, mohawks, etc. You should do your research and pick the best men’s head razor that is available on the market and suits your needs perfectly.

Razors come in multiple shapes and sizes, but the most widely used ones are straight razors and head razors.

These razors are used by barbers to clean up the rear portion of the head while also using it for texturing the hair.

These are specialized razors that help in balding or getting a clean top. Unlike straight razors, these are electrically operated and feature rechargeable batteries. The best razor for bald head that are available on the market have long battery backups, are low on maintenance, are waterproof, and sport amazing build quality. These can also be used at home to get a clean bald head.

Barber combs differ greatly from the ones used at home. These combs come in standardized sizes, are much more robust and some serve very specialized purposes. The combs are used by barbers to gauge hair length, analyze density, and serve as a reference tool while cutting or trimming. These combs are usually available in sets.

Be at a salon or at home, a set of mirrors is very important to analyze the hair cutting or balding process and make necessary amendments as and when necessary. Even the best razor for bald head will need its work analyzed in a mirror. Salons usually come with a pair of mirrors stacked opposite each other, so that the person seated in between them can look at the rear part of the head as well.

A cape is very important for a salon because it stops the trimmed hair from spreading all over the place and creating a mess. It also prevents the removed hair from entering into clothes and thus causing itches. Make sure that these capes are cleaned regularly for hygiene purposes.

A salon can be a challenging place to operate, but with the proper tools and equipment, the experience can be greatly improved for both barbers and customers.

It is advisable that you do your research and pick the best equipment, that sure your purpose and budget.

Read More: Which Extension Is Best For Your Hair?

Furnished or empty apartment - what is easier when renting an apartment?

Microsoft Teams: What are the things you must know?

BAPE – A Brand That’s Taken the Fashion World by Storm 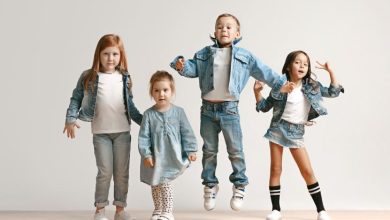