Whatever the business be, India is the hot choice of investors. We have already seen companies like Microsoft, Google, Amazon, Accenture, and many other leading companies in the world eyeing to set up their offices in India. After the great economic reforms in the year 1991, globalization was sped up in India inviting all foreign companies to have one of their bases in this country. Starting with manufacturing and then service industries, India is getting popular in the education industry too. Many top foreign institutes are now looking to set up their campuses in India as well. Let’s have a look at what it is in India that attracts foreigners so much?

New Education Policy 2020 earlier stated that foreign universities will be allowed to operate in India. A legislative framework is under consideration which after successful implementation will facilitate entry of foreign universities in India and they will be given special permissions regarding their regulation and governance norms like any other autonomous university. When everything goes by plan and several top universities in foreign would have their campuses in India, then imagine how much the hassle of Indian students going abroad will be reduced. Now students need to apply for their transcripts from their respective universities like Anna University transcript, DU transcript, MU transcripts, etc. and then they would apply for their medium of instruction certificate, ECA report, get those all certificate attested and then finally get a chance to fly and study abroad. Not to mention the time and money invested during the application and study period. If universities, where Indians look to study in USA and Canada, have their campuses in India, the students will be able to save a lot of time and money. Even their parents will be happy that they can check whether their children are studying or wasting money. Students who just want to experience living and studying in a foreign land and looking to settle abroad always have the option to go abroad by completing the admission and immigration facilities. But for students looking to get a world-class education in their own country, this will be a great change.

After the setting up of foreign companies in India, we were able to see how the work culture and work environment improved. With the entry of foreign companies, the labour law gradually changed and we could see the employees in private companies are not exploited much. While earlier the employees worked for long hours in uncomfortable offices and worked for almost 6-7 days in a week, we can now see such employees working in multi-storeyed air-conditioned offices provided with all the luxuries, working 5-days a week and enjoying several other employee benefits too. The point is we can definitely give credit to the foreign companies for the standard they bring into our country. Similarly, foreign universities are also expected to bring a standard of quality education to India. We can expect better infrastructure, better technology and better education culture to come to India with the foreign institutes that will be setting up their campuses in India. Since they have their own regulatory and governance, we can find a difference in the grading system, curriculum, and course structures as well. And we can be assured, the degree from these colleges will be accepted in India as well the home country of the institute or probably in the global market too.

In the new budget, there was a provision forthe setting up of foreign institutes from across the globe in Gujarat International Finance-Tec city (in Gandhinagar). And this will open the door for many world-class institutes from abroad. The centre also stated that colleges like Milan based fashion and design institute, IstitutoMarangoni has expressed interest in setting up its campus in India. The institute is already running a branch in Mumbai since 2017. Another France based institute is also having talks to set up its campus in the country. And this is just the starting. So what do you think? Are you excited to study at one of these foreign institute campuses in India? Or are you looking to apply for your Anna university transcript, medium of instruction certificate as you still feel education in foreign land will be better? Share your views below in the comments section.

What do you need to know about Fitness gear?

How to cope with Depression without Medication? 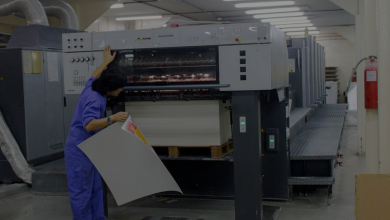 Would you consider wallpapers or painting? 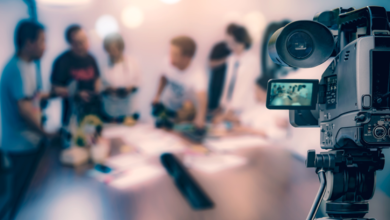