They make marijuana biscuits and chocolate cakes with hallucinogenic mushrooms, but they assure that they do not put the health of consumers at risk because they calculate the dose very well. The Civil Guard arrested two men for preparing these drug cakes and growing marijuana in two greenhouses in Algemesí and Tavernes de la Valldigna.

The investigation began when the Civil Guard detected a drug sales point in the town of Tavernes de la Valldigna. The agents carried out a search at the home of the alleged trafficker and seized 43 marijuana plants, 100 grams of this drug prepared for sale and various materials used in the cultivation and trafficking of this narcotic substance. The person in charge of the drug greenhouse, a 23-year-old young man, whose identity responds to the initials AMA, was arrested for a crime against public health, according to sources from the armed institute yesterday.

Subsequently, the Civil Guard continued the investigations and carried out another search in a nursery located in the municipality of Algemesí, where the agents found another 110 marijuana plants, 178 hallucinogenic mushrooms and 3,500 euros in fractional bills. The owner of this greenhouse, Jordi VS, 38, was also arrested for a crime against public health. According to investigations, this man sold each hallucinogenic mushroom for 20 euros and allegedly supplied marijuana to the young man detained in Tavernes de la Valldigna.

The civil guards also searched the home of the owner of the nursery, where they seized 500 grams of dry marijuana, different tools for the preparation and sale of doses of this drug -such as a precision scale- and 390 euros in fractional bills.

Once the records of the Saltz operation were completed, the agents interrogated the two men and charged them with the crimes of “drug trafficking and illegal cultivation of narcotic substances,” according to the same sources. Jordi V., who escaped jail after paying a bail of 6,000 euros, denied the alleged trafficking of marijuana and hallucinogenic Mushroom chocolate bars -which the Civil Guard attributes to him-, but acknowledged that he planned to make “a chocolate cake with mushrooms” that a friend ordered for a bachelor party. Regarding the 110 marijuana plants and 178 hallucinogenic mushrooms that were intervened in his greenhouse, Jordi V. asserted that they are for his own consumption. “Every year I grow marijuana twice so I don’t have to go to the black market, and that’s not a crime,” he pointed out firmly.

According to the defendant

Each of the young people who were invited to the bachelor party gave an amount of money to buy the ingredients for the cake, and Jordi V. was in charge of preparing the drug cake. “I was working as a cook in Amsterdam for three years, and I know very well the dose of mushrooms or marijuana that I have to put per person,” he said. “I have cooked and eaten many (cakes) and no one has been poisoned by mine,” added Jordi V.

But drug addiction experts warn about the serious damage that the consumption of narcotic substances mixed with food can cause to health. In the early hours of February 16, 11 young people between the ages of 18 and 20 were intoxicated, one of them seriously, after eating a marijuana cake at a birthday party in a university residence in Villanueva de la Cañada (Madrid) . The students began to feel unwell shortly after eating the cake and one of them even fell into a coma, for which he was transferred to the Iron Gate Hospital.

The Foundation for the Study

Prevention and Assistance to Drug Addiction has detected an increase in the group consumption of cannabis in foods such as cakes or pizzas, which has caused numerous poisonings in the Valencian Community. The popularization of new trends, such as the self-cultivation of hallucinogenic mushrooms, mostly obtained through kits on the Internet, also worries drug addiction experts. Hallucinogenic mushrooms seem to have picked up the baton for marijuana among younger drug users, with the risk of difficult treatment in a hospital when the intoxicated person does not know what they have taken, as happens on many occasions.

What intelligence and big data can bring to professional gaming

How can men maintain a healthy diet? 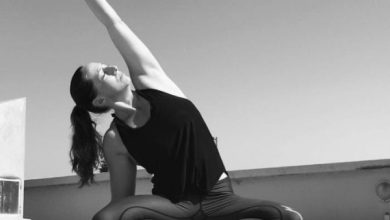 Yoga Anatomy & Physiology – An Important Facet of the Yogic Tradition 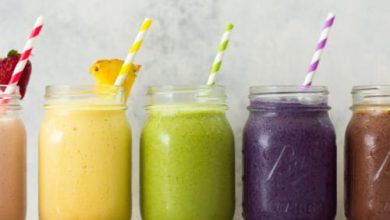 How Does Cancer Affect Your Sexual Health?