Over the years since the early-2000s poker boom, we’ve gotten used to seeing mainstream celebrities at poker tournaments or acting as poker ambassadors. Everyone from Michael Phelps, to Shannon Elizabeth, to Vince Vaughn has been involved, to the point that it’s really never a surprise to see a famous figure at the tables. Back in the heyday of the poker boom, however, the main celebrities associated with the game were the actual professional players. In those early days of poker as a sort of spectator sport, a whole new batch of TV celebrities emerged as the best players became household names overnight.

Chris Moneymaker shook up the poker world by ascending from amateur status to win the main event at the 2003 World Series of Poker. This victory is widely credited with inspiring thousands if not millions of amateurs to take up poker as a more serious hobby. Moneymaker has since played in countless major poker competitions, notably placing second at the 2011 National Heads-Up Poker Tournament. In 2019, he was inducted into the Poker Hall of Fame. He is currently an active participant at the online poker site Americas Cardroom, and lives a relaxing life in Nashville, Tennessee with his wife, Christina Wren.

Born in Canada, Daniel Negreanu is the proud owner of six WSOP bracelets, the first of which we won in 1998. Negreanu has been playing poker ever since then, and has appeared 36 times at the WSOP final table (with 103 money finishes as of this writing). He’s the third-biggest live tournament poker winner of all time with an estimated total of $42,000,000 in prize money, and is unquestionably among the most recognizable faces in the game. Apart from playing poker, Negreanu has some acting experience, having shown up in X-Men Origins: Wolverine and Lucky You. He also has a YouTube channel where he regularly uploads a myriad of content related to poker. And on the hobby front, he’s known to be a fan of the hit mobile game Hearthstone!

Farha, or “Mister Cool,” as he’s sometimes known, is a holder of three WSOP bracelets –– his biggest tournament finish so far being at the 2003 WSOP main event, where he finished second to Moneymaker. Farha originally studied business administration at the University of Kansas, where he learned how to play (and win money on) pool, ping ball, and Pac-Man. It wasn’t until he moved to Texas that he learned how to play poker –– which he eventually pursued professionally with a move to Las Vegas. Today, he makes appearances on various poker-related programs and is rumored to be working on various projects –– a book, a reality TV poker series, and a video game, specifically.

Nicknamed “Texas Dolly” and representative of a generation of poker pros who preceded the boom, Doyle Brunson has a whopping 10 WSOP bracelets to his name. He had played professionally for over half a century (after nearly becoming an NBA basketball player) before retiring in 2018. He has also now written seven books about his career and his take on various poker strategies. Brunson still plays regularly in the famous Legends Room at the Bellagio, and his children (Pamela and Todd) are both now professional players.

Hellmuth currently holds the record for the most WSOP cashes and the most WSOP final tables –– and has 16 WSOP bracelets in his collection. He had his first money finish in the 1988 WSOP event and has hardly stopped playing since. Hellmuth has written various books including the ludicrously titled “Play Poker Like the Pros: The greatest poker player in the world today reveals his million-dollar-winning strategies to the most popular tournament, home and online games,” and “Phil Hellmuth Presents Read ‘Em and Reap: A Career FBI Agent’s Guide to Decoding Poker Tells.” He resides in Palo Alto, California, with his wife Katherine Sanborn, and their two children.

With 10 WSOP bracelets, Ivey is currently tied with Doyle Brunson and Johnny Chan for the second most ever –– but he earned them over a span of just 14 years. This has led some to believe that Ivey –– who was mentored by the likes of Barry Greenstein and Daniel Negreanu –– is in fact the best player in history. In more recent years however, Ivey has made most of his headlines away from the poker felt. He lost a lawsuit against a London casino that claimed he’d cheated at baccarat –– with Ivey admitting to using a technique called “edge sorting,” having believed it to be legitimate. Per Reuters, the legal decision meant that Ivey lost out on $10 million in winnings. On the positive side however, Ivey has enjoyed success appearing on programs like Poker After Dark and Masterclass. He has also done admirable work with a charitable foundation (the Budding Ivey Foundation) which gives two full-ride scholarships every year for students who are in need of financial assistance for university, with a focus on STEM careers.

So there’s your refresher on the celebrity figures from poker’s golden age. Remarkably, most of them are still at or near the top of the game.

What are dental splints and veneers?

How Online Classes Is Changing The Education 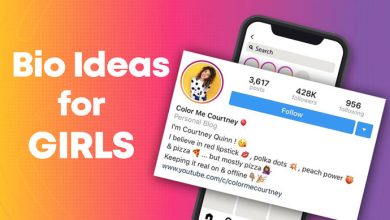 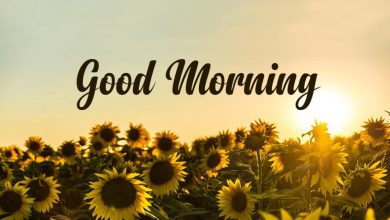 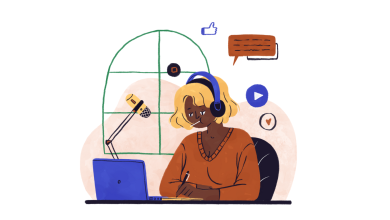 How to Use CrackStreams.con to Binge-Watch Your Favorite Shows for Free

What intelligence and big data can bring to professional gaming