It is not easy to earn an opportunity to be a contestant on the world’s biggest talent show, AGT. You have to be different and unique with your talents as it is very competitive than any other show all around the world. It is harder to find singers with great personalities and unique styles of their own. Here are about 5 vocalists who performed incredibly on America’s Got Talent stage.

There is an upcoming vocalist called Sam Cieri who currently resides in New Jersey, United States. Sam Cieri is the co-founder of the New York-based rock band titled Nicotine Dolls. He is a professional vocalist, guitarist, and songwriter. Sam is a well-established musician who got the chance to debut on America’s Got Talent Season 17 last week. He is regularly performing around New York with his young rock band, Nicotine Dolls. “Till We Both Say” is an original song done by Nicotine Dolls.

Freckled Zelda is a young singer, songwriter, performer, model, and guitarist who is popular in performing 60s and 70s soft rock, folk, county, Disney, and pop music. She is very famous for her uncommon odd-looking instrument called an “ocarina.” Racheal Wilson is the real name is this 19-year-old lady. Zelda is a very talented performer who has already appeared in over 200 professional festivals, concerts, and musical shows. Freckled Zelda is the one who won the 2014 Amador’s Got Talent at the Jackson Rancheria Casino in Northern California. Now you can follow her on AGT.

Debbii Dawson is an American young vocalist who has a musical family background of Asian origin. She is a singer, songwriter, and producer who likes to perform Indie pop and R&B. Singer Dawson is a specialist in putting unique acoustic takes with creative rearrangements on popular songs. Her performance on America’s Got Talent earned a standing ovation from the judges with some best compliments. Debbii is a rising star with a bright future ahead. The Los Angeles lady surely will become the symbol of country music in near future.

Wyn is a gifted American singer who is openly gay. He is one of the unluckiest twins who lost his twin brother two years ago. Wyn Starks utilizes his talent, and his husky tone in his original songs to communicate his pain and sorrow. Stark’s debut music album is named “ Black is Golden. He has already released some of his original singles like Linger, Tomorrow, sparrow, Can’t live without, Sunday morning, and many more. His emotional audition brought tears to Sofia on the 12th July episode on AGT.

Kristen Cruz is a popular TikTok star with her covers of pop, soul, and worship songs. Some of her covers like Gnarls Barkley’s “crazy” becomes viral with a massive crowd of over 23 million views. She is a young teen lady who is used to singing while making beverages such as ice coffee and smoothies. Kristen has already released two of her own singles knows, “ Essence of the moment” and “ Ride” in 2020.  You can listen to her amazing voice in Cruz’s newly released single called “ Dancing in the Sky.” One month ago, her powerful voice on AGT made everyone shocked. 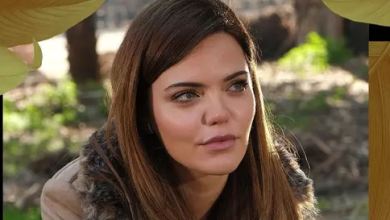 “MY NAME IS ZÜLEYHA”, THE NEW BROADCAST PROGRAM OF THE TURKISH SERIAL FROM KANAL D 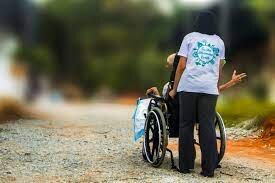